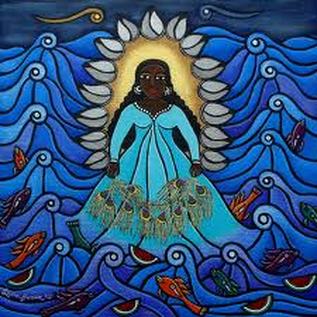 For over 10 years, around the first full moon of the new year, I have lead a special beach side rite that honours the Yorùbá Orisha or Goddess of the living ocean Yemaya (also spelt Yemoja and Iemoja).

Originally from West Africa where her name means “Mother whose children are like fish”, Yemaya is the owner of the Ogun River and a lake named for her.  As the African diaspora occurred, Yemaya traveled with her children to the Americas and Caribbean, where the Mother of Waters became known as Mother of Oceans.

In 2019, this annual event will  be taking place on Sunday, 20 January, and you are invited to join me in this informal rite that will be held at Grange Beach where we will be asking Yemaya to bless the world’s waterways, seas creations and all other beings that fall under Her protection. 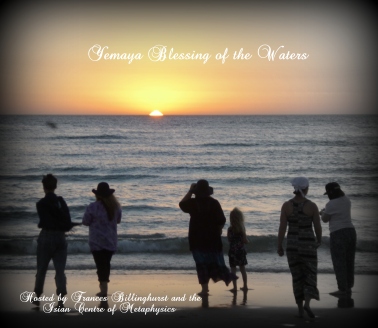 We meet on the grassed area outside the Grange Hotel at Grange Beach around 8.00pm (look for the purple banner) to head down to the shore in honour of Yemaya, the Queen of the Rivers and Oceans. The informal rite will commence around 8:30pm.

In  this informal rite, we will be reminder of the important and what a invaluable (yet limited) resource water is; Yemaya will be called upon to bless and protect all the world’s waterways, sea creatures, and all other beings that reside in Her watery abode.

Participants will be encouraged to join in the singing of the sacred songs to Yemaya, for it is believed that the more we sing with passion and devotion, the more likely the Orisha will answer our prayers.

The first of such songs is “Yemaya Assessu” which consists of four simple lines:

This popular chant is believed to mean:

A version sung by Deva Premal can be found here. 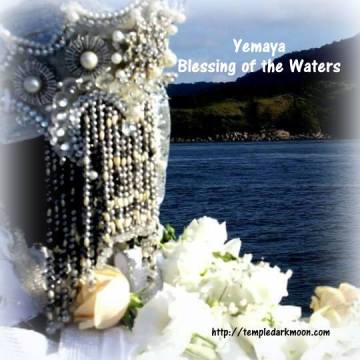 We will each then make our own personal petitions to Yemaya with respect to issues involving fertility, travel by ocean, protection from enemies, healing, love and marriage, blessings, and also for the development of intuition and psychic gifts.  These offerings will be made by the way for throwing into the ocean flowers, (preferably white), crystals (blue chalcedony and aquamarine), beach stones and shells.  Silver (white metal) coins is acceptable, and the Orisha is also known to enjoy champagne.

There will be slices of watermelon (Yemaya’s favourite food) available for anyone wishing to participate.

Children are welcome to attend but must be supervised by their parents and/or guardians.

A gold coin/loose change charitable donation will be collected.

:: Online Goddess Circle: On the second Thursday of each month we will gather online to explore an aspect of the divine feminine, through the telling of her sacred myths and discovery of her symbols before undertaking a powerful meditation in order to connect with her sacred energy.
Next Circle:  Thursday, 10 February 2022
See “Online Goddess Circle – Aphrodite” for more information.