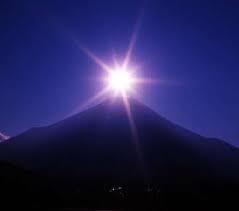 The first step to wisdom is to admit you know nothing.  Yet, until one is ready, this is almost an impossible thing to admit.  The false personal ego identity, which may claim to know so much, rebels when considering that all its thoughts add up to nothing.  It does not matter whether the accumulation of what one believes to know has been gathered through the practical experience of daily life, through formal education, or through religious teachings.  All is stored up in a make-believe identity of the personal ego, which prides itself that it is a storehouse of such knowledge.

Such accumulated knowledge, however, is not to be classified as wisdom.  A person may be quite knowledgeable by worldly standards, yet totally lacking in wisdom.  For any person who possesses wisdom—and there are but a few on this physical earth dimension—there is an awareness that goes beyond being knowledgeable.

Until we can empty our consciousness of any belief that what we know has any significant value in the eternal scheme of things, there can be no release to wisdom. As most people base their identities on their accumulated knowledge, to challenge such knowledge is to challenge their very sense of identity or existence, as they perceive it.  The greater such accumulated knowledge, the greater is the task to declare, “For all I know—I know nothing.”  For, again, the false sense of personal ego identity is threatened.

Empirical evidence, such as double-blind studies, can be classified as knowledge—but not wisdom.  Knowledge accumulated through human reason, logical deduction, or analysis is not wisdom.  It is temporary knowledge, which may not stand the test of so-called time.  Today’s science can readily become tomorrow’s superstition.

But wisdom is a timeless Presence. When mystics seek guidance from God, it is wisdom that is active in their consciousness. The personal ego mind, with its accumulated knowledge, is simply looked upon as a toolbox, with its contents to be directed by wisdom. In other words, whatever appears in the consciousness of true mystics is intuitively directed by Universal Mind, Spirit, or God, showing them how and what to use from the false personal ego’s toolbox.  This is the opposite of false personal egos trying to figure out how they should use their accumulated content.  That usage is more like the expression, “the tail wagging the dog.”

To the mystic, the accumulated knowledge contained in the false personal ego identity — and its support of such identity — are the greatest obstacles to wisdom. For, however much personal ego knowledge has been accumulated, that amount can increase the barrier to wisdom.  Those academics and scientists who purely worship the scientific method, can often, to an observer, seem to be — as the expression goes — full of themselves.  It is not uncommon to hear a disgruntled patient who has been talked down to, express the words, “Who does he think he is — God?”

Even supposed, elevated spiritual knowledge is not wisdom.  The false personal ego still plays in the schoolyard of intellect, where nothing poses as something in a make-believe world of outer sense perceptions. 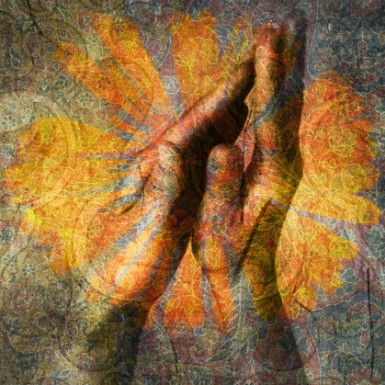 In contrast, having wisdom is living in a state of humbleness and co-operation.  The humbleness comes from knowing that the only Real Existence is Universal Mind, Spirit, or God.  It is an awareness that only God knows.  Human consciousness and awareness stand naked and humbled by the Magnificence that is Allness.  The shackles of false outer identity have fallen away, and the soul stands before Spirit in spiritual nudity.

Living then becomes a matter of cooperating with Universal Reality or Universal Consciousness.  To do so is to gladly be a channel of God’s Will.  Every day of life is lived openly, receiving direction intuitively from God’s Presence as to what to do and how to do it.  All accumulated knowledge is no longer under the control of a false personal ego identity.  That knowledge is now the exclusive property of Universal Mind, Spirit, or God, to be directed and controlled by Universal Presence.

Wisdom is a rapture of consciousness between the finite and the Infinite. With the discarding of nothing, Everything will be left to fill the void; and with the Influence and Presence of Everything, Wisdom exists.

:: Energetic and Emotional Cord Cutting Workshop: Cord cutting is a powerful healing technique that will enable you to reclaim parts of your soul and regain freedom.
Date: Saturday, 24 September 2022
See “Eventbrite” for more information and booking your place.

:: Gifts from the Dark Goddess: A month long online sadhana into the realms of the Dark Goddess.
Commencing:  Tuesday, 11 October 2022
See “Workshops & Events” for more information.

:: Housing Cleansing and Protection Workshop: In this workshop, learn how to make sur that your home is your safe place through the use of rituals, floor washes, herbs, wards, and much more.
Date: Saturday, 12 November 2022
See “Eventbrite” for more information and booking your place.

GIFTS FROM THE DARK GODDESS