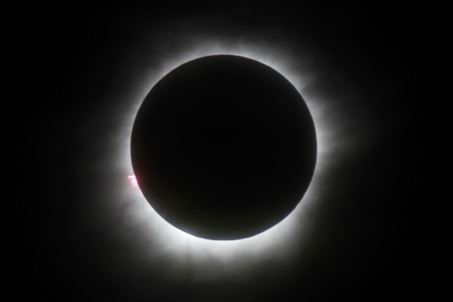 The Solar Eclipse August 21 2017 falls at 28º Leo decan 3, according to Darkstar Astrology, and while this eclipse will not be available from Australia, it is still important to take note of its influences and energies.

Darkstar Astrology indicates that this is the big one, the Solar Eclipse on one of the royal stars of Persia, Regulus.  The famous fixed star in the heart of Leo the Lion.  The Sun in mundane astrology signifies the ruler of the country.  Eclipses used to be feared as being an omen for the death of a King as the Moon blots out the Sun’s glorious rays. In this case, the Moon will cast a shadow over Donald Trump’s yellow mane because he happens to have Regulus rising in his birth chart, and it is conjunct his Mars too!  The Solar Eclipse August 2017 is very important for the American people, as not only does it directly impact their leader, but it will be visible across the whole of the United States. (For the first time since 1979.)

More than 90% of the Sun will be covered in Washington DC, the throne of world power. Like it or not, decisions made in the White House have a huge effect on the rest of the world. (Even if the President himself is limited in the scope of his own power) “The Royal Stars… were also believed to govern events in the world. Major disasters, breakthroughs, and historical phenomenons were seen as caused by the stars… When the stars were aligned accordingly, favourable conditions followed, and when they were negatively aligned, disaster was predicted. Because Regulus was the most influential of the Royal Stars, events that took place while Regulus was in dominance were amplified and grave, foreshadowing destruction.”

In the case of the Solar Eclipse August 2017 I would say the alignment is quite positive, however, you could say that a Solar Eclipse in of itself is ‘negatively aligned’ due to the Moon blocking the Sun’s power. Therefore this Solar Eclipse could have a malefic effect on leaders or elites who connect with it, as Trump does.  It will be interesting to test out this eclipses effect as it plays out over the following 6 months.

To read the rest of this article, please visit Darkstar Astrology. 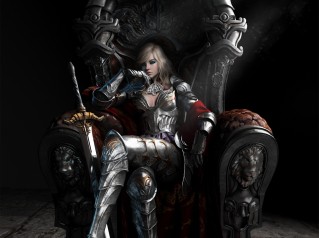 Other astrological sites describe this upcoming eclipse and new moon in Leo as “the queen within takes her throne on the sear of the Heart of love.  Divine Feminine energy comes through the veil to awaken humanity to its true power in love.  A new way is calling as the outmoded, short-sighted, repressive ways of the Patriarchy are no longer tolerable or permissible.

We the people awaken and new leaders step forth.  Together we rise in consciousness for an inclusive humanity. Together, we cast away the illusion of separatism and step forth to heal the divides within ourselves, our partnerships and our communities.  Each of us has the power to shift and realign with the heart, as we let go, forgive, ask for forgiveness, and move through our collective grief to our seat of personal power within the heart of love.” (Mysticmamma.com)