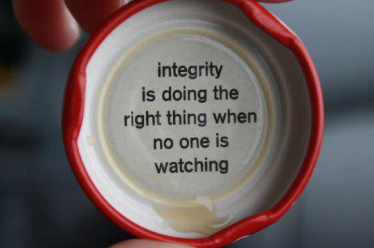 I’ve just returned from a conference that focused around the divine feminine, the Goddess.  It was an honour to be part of such a gathering, meeting like-minded women from near and far, including a number of international guests (as such Spanish artist and filmmaker Myriam Negre and American herbalist Susun Weed).  We were also extremely blessed by the attendance of a number of Aboriginal elders, including Aunty Miliwanga (from central Arnhem Land), Aunty Nellie, Jawoyn Elder Aunty Margaret Katherine (from the Katherine area), and Bilawara Lee (elder of the Larrakia Nation of Darwin).

Over the space of three days, we are asked to be “authentic”, to “walk with authenticity”.  A wonderful concept on the surface, one that seems to be used increasingly within spiritual circles, yet I left the conference wondering what does being “authentic” truly mean.  As words do form the basis of neuro-linguistic programming, I decided to delve a little deeper into the meaning of authentic and another favourite word that is also used within such circles, integrity. 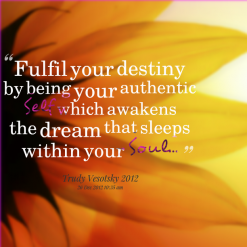 Authentic:  According to the Merriam Webster online dictionary to be “authentic” one must be “real or genuine : not copied or false; true and accurate; made to be or look just like an original”.  On the surface this appears to be a wonderful concept to embrace – to be our “true self”.  However, the dictionary further mentions that to be “authentic”, one should be “true to one’s own personality, spirit, or character”. Time to take off the rose-tinted glasses for if we do not come from a place of higher vibrational consciousness, our “True Self” can be overshadowed and tainted by negative or unresolved traits in the ego (some attribute these to the “Shadow Self” aspects) should we feel threated or need to move into a role of self-preservation.

Integrity: Another interesting word that is often heard within spiritual circles and which, again, according to the Merriam Webster online dictionary means “the quality of being honest and fair”.  It is also the “quality or state of being complete or undivided” as well as the “quality of being honest and having strong moral principles” (according to Wikipedia).  Curious as to what “moral principles” actually were, Wikipedia further advised me that these were “regarded by many people as the honesty and truthfulness or accuracy of one’s actions” (yet with no information as to who these “many people” actually were).

Further investigation into “moral principles” led me to the description being the “principles of right and wrong that are accepted by an individual or a social group”.  The article Four Universal Moral Principles lists four such principles as being:
– Do good, avoid evil;
– Do unto others as you would have them do unto you – ie, the “Golden Rule” which appears in numerous spiritual and religious beliefs;
– The end does not justify the means;
– Follow what nature intends.

My own spiritual path further reminds me to “Keep pure your highest ideal; strive ever toward it; let naught stop you or turn you aside“.  And while I strive to keep my highest ideals as pure as I possibly can, the shadowy ego does reveal itself for, after all, not only is ego our own “sense of self-esteem or self-importance” but, in psychotherapy, it is also “the part of the mind that mediates between the conscious and the unconscious and is responsible for reality testing and a sense of personal identity”.  This means that without the ego we will simply not be.

Both words, authentic and integrity, sound wonderful on the surface, yet are very much based on the individual interpretation as external expressions of how much Self work we have done, and exactly at what vibrational level our soul is at.  Words, unfortunately do come cheap, lip service is a lot easier to project, and we all have in instinctive self-preservation mode that kicks in when we feel threatened.  On the fringe event that Susun Weed held prior to the conference commencing, she reminded us that the most fierce creature of all was a mother protecting her child – where the “child” does not necessarily mean a physical child, it can mean a concept, project, or idea.  On some level we all are mothers protecting something dear to us, even if it is our own sense of self worth.

When we find ourselves in situations where our perceptions and even deeply held values are challenged, it may be helpful to keep in mind that ultimately each one of us is doing the best that we can with the “resources” we have available to us at the time.  What we may be reacting to is our own perception of the situation which may not necessarily be that of another.  Psychotherapist Carl Jung indicated that we actually do not see other people – instead we see aspects of ourselves that fall over them.  These are our own projections, our own associations.  The next time you meet someone who “rubs you up the wrong way”, maybe you should ask yourself what of these qualities are you not identifying in your own self.  When we point the finger of blame at a person, how many of us realise that there are in fact three other fingers pointing back as us?

As the concept of authenticity and integrity are just that, “concepts”, they do vary from person to person.  Therefore while we cannot change the actions of others, we can change how we do react.  In by doing this, we take charge of our own authentic self, raise our own soul’s vibration and keep striving to our own highest ideal.  And there will be times that our soul will put us in situations to constantly remind us of this.