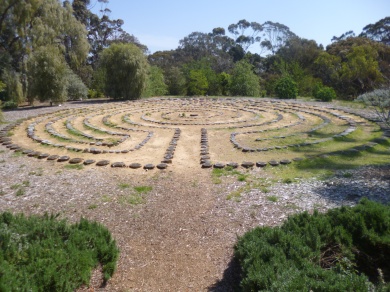 And the Spring arose on the garden fair,
Like the spirit of Love felt everywhere
And each wild flower and herb on Earth’s dark breast
Rose from the dreams of its wintry rest.
The snowdrop and then the violet
Arose from the ground with the warm rain we
And their breath was mixed with sweet odour sent
From the turf, like the voice and the instrument.

As the sun moves into the sign of Libra, it gathers in strength and makes its way across the Equator to warm the southern part of the earth.  Nature echoes the increasing warmth as blossoms burst forth and new growth makes its presence felt.  As the sun’s strength increases, so do the visible signs of activity upon the earth’s surface.  It is as if, were you to close your eyes for a moment, you would miss the experience of another aspect of creation being reborn all over again.

In areas where the ground was still too cold to plant seeds at Imbolc, or the weather too uncertain, by the Spring Equinox, both the soil and weather offer a perfect environment for seed planting.

The hours of darkness and light are equal now.  Life appears with great vigour and abundance.  There is an urgency in the air, as if life were both trying to make up for the months of delay during Winter, and getting all the plants fully established before the heat of Summer arrives.  Here in South Australia, we can experience extremes in climate with both cold Winters on the one hand and stifling hot Summers on the other. These Summers can arrive as early as October and last until the end of March – there can be some six months of baking the ground.

Echoing what is occurring in nature around him, the young God increases not only his strength but also his knowledge of the role he plays within the sacred Wheel of Life.  He realises his potential, his masculine power and he ventures out into the world, ready to establish his rule and prove his manhood.  He is now mastering his own Mysteries, that of the Divine Masculine.  His rough-and-tumble childhood games serve little purpose as he matures into the Hunter/Warrior.  Eager to impress, to make a statement and to announce his arrival, he bounds forth with great exertion – that is until he is distracted by the sight of his beloved Goddess.

Under his nose she has blossomed into a creature of exquisite beauty, shyly toying with him to gain his attention.  However, she is not as naïve as she may first appear to be.  She too has been schooled in the Mysteries and knows only too well the cycle of life and the roles that she and her beloved God will play within them.

The Goddess is ready to fulfil her role, to become pregnant in order for life to continue, while the God is holding the potent seed of life itself.  The pace quickens. Their eyes meet like in a classic Hollywood romantic movie and the game commences.  Both are aware of their own sexuality and their role within the Wheel of Creation.

:: Online Goddess Circle: On the second Thursday of each month we will gather online to explore an aspect of the divine feminine, through the telling of her sacred myths and discovery of her symbols before undertaking a powerful meditation in order to connect with her sacred energy.
Next Circle:  Thursday, 10 February 2022
See “Online Goddess Circle – Aphrodite” for more information.